JR Carr has had the quickest Extreme Pro Stock car in qualifying all season, but everything came together in eliminations for the first time this season at Norwalk. Just a couple weeks after winning in the quarter-mile Mountain Motor Pro Stock class at the Virginia NHRA Nationals, Carr in his Frank Gugliotta-tuned ’20 Camaro added the PDRA Norwalk trophy to his collection. He defeated No. 2 qualifier Tony Gillig in a side-by-side final round, with Carr’s 4.067 at 178.38 beating Gillig’s 4.077 at 176.74.

“We actually changed a motor, changed the clutch, changed the rear gear, changed the ignition box,” said Carr, who was appearing in his second consecutive final. “We had some issues and the car wasn’t running as good as it should. Then with the weather, which we all get the same program there, we were a little behind but we came around. Frank just knows how to tune these things. It doesn’t take him much. It’s just amazing how good he is at it. Thanks to CP-Carrillo, RJ Race Cars, Maxima Oil, ISC Racers Tape – they’re right behind us 100%. You need that support. It keeps you going and keeps you wanting to do good for everybody. This isn’t just about me. This is about a big group of people – my crew, my wife [Teri]. It’s very rewarding. It’s been a long time coming. We’re really happy.” 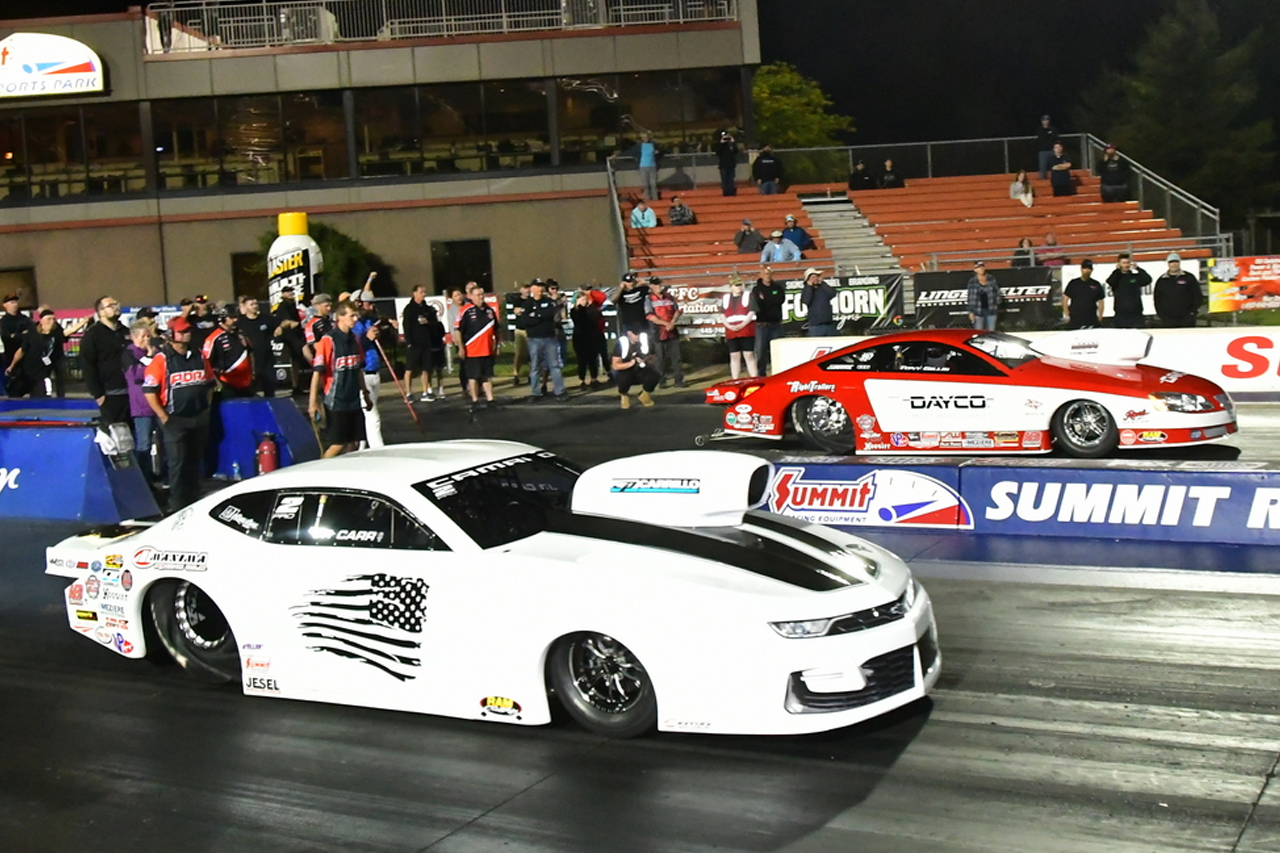