This was not Aaron Stanfield's first NHRA Pro Stock Wally, but he is going to cherish the second one just the same.

Stanfield won his second by beating world champion and No. 1 qualifier Greg Anderson in the finals of the Tascaparts.com New England Nationals Sunday.

“It is a feeling I can guarantee will never get old,” said Stanfield about collecting Wally No. 2. “It’s awesome. I had him (Anderson) on the tree a little bit and we outran him by a thousandth. Tim Freeman (Stanfield’s crew chief) did a heck of a job making the calls. Towards the end of the day, the track gets hot and gets kind of tricky. When you are still in pretty good air like we are, and the track conditions go away it gets really tricky. Tim Freeman did a heck of a job making the decisions on what to do and we stepped it up in the final round.”

A year ago, Stanfield, 26, won his first career NHRA Pro Stock national event in Houston. Stanfield has been driving for Richard Freeman’s Elite Motorsports Team the past two seasons. 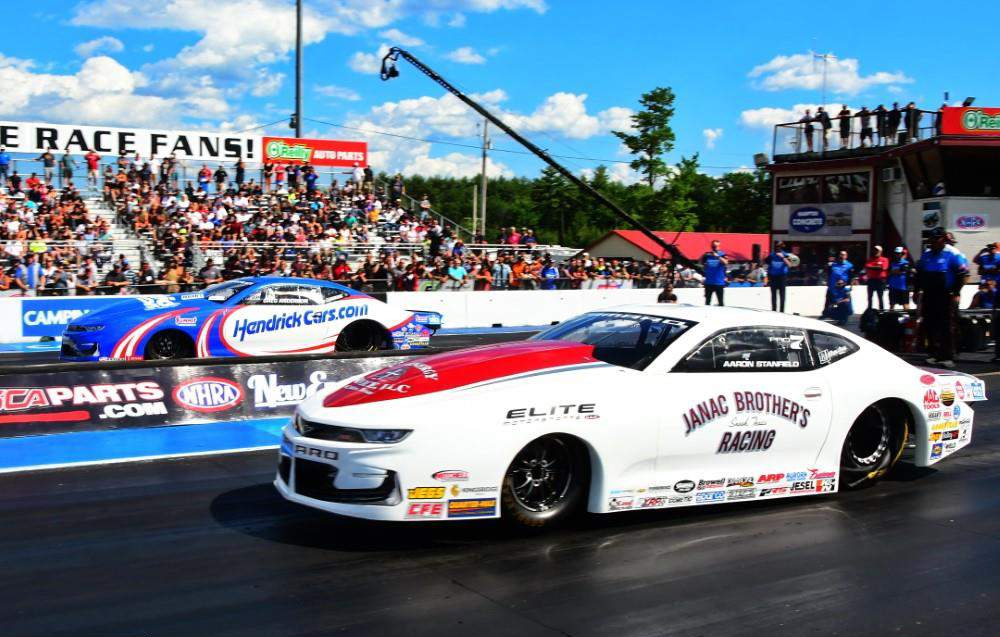 “Whether it is local racing or racing at the highest level, there’s not a race I don’t go to that I don’t go to win and be the best and do the best that I can do,” Stanfield said. “It is cool to be able to do my part and help the team get to the winner’s circle. It is just an awesome feeling.”

“That was the first time I raced Mason one-on-one,” Stanfield said. “I try to keep it in my head to go up there and do the best I can do and try and not worry about who I am racing too much. Mason’s doing a heck of a job and he has shown what he can do. I think we both missed the tree a little bit, but we got the round win. I think he has done a heck of a job and it was good to get around him, for sure.”

“The championship is the goal,” Stanfield said. “From what I know from Elite, they just want their race cars to do good. If it were me or Erica (Enders) or whoever won
the championship on the Elite team they would be happy with it. It is cool to be a part of the team. 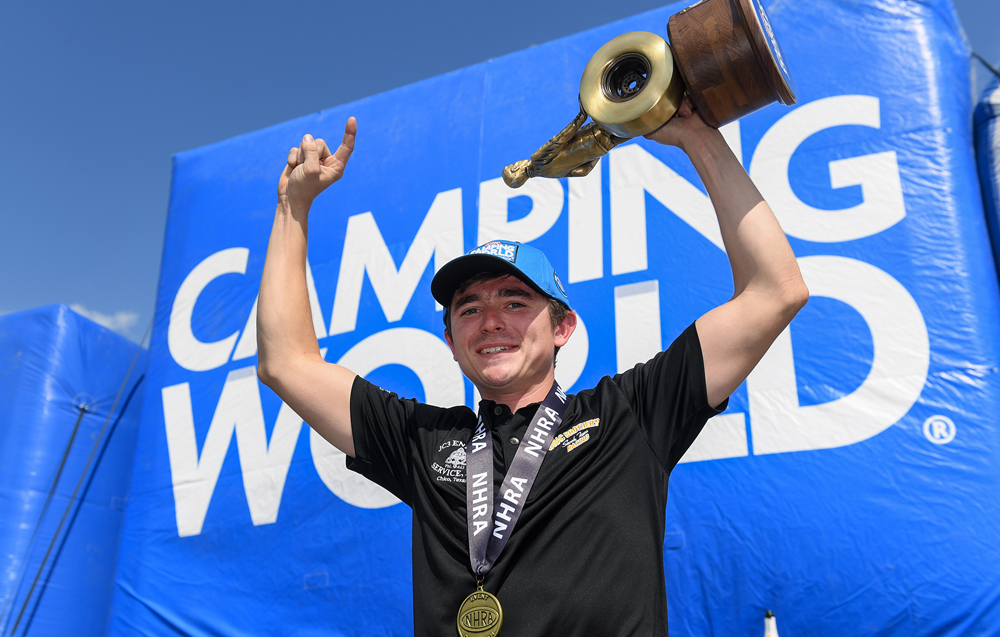 “If there’s anything I know about drag racing it's that you’re only as good as your last run. I am enjoying it while it is here because nothing lasts forever. I’m enjoying the moment and am just very fortunate and very blessed to be a part of the Elite team and people like the Janac Brothers and all my sponsors and all the guys at Elite Motorsports to help me accomplish my dreams.”

Stanfield won the Factory Stock Showdown season championship in 2020 with five wins in six races in the Janac Brothers COPO Camaro. He will be competing in that class again at the next NHRA national event – the Summit Racing Equipment NHRA Nationals in Norwalk, Ohio, June 24-27.