From the last race of 2021 until the week of the first 2022 event, rules were changed and adjusted and tweeked for the Big Dog Shootout competitors. This was an effort to increase car count and to get cars that were setting on ProJacks to come out and compete.

The thumbnail version of this was NHRA Pro Mod rules with a small weight differential and a couple, read that several, additions. First of these was a spec 34.5 tire, no problem. But next came the cubic inch to weight formula that allowed 5.3-inch motors to compete against the 5.0-inch motors that had been the lifeblood of Big Dog for the past several seasons. But with the addition of the competition breakage rule, read that “cylinder head rule,” tech director Rick Moore offered a possible solution for those who had spent the huge dollars to build billet 5.0-inch motors over the previous year or two. But when you combine this with the ever present curfew, there was a definite method to the madness. 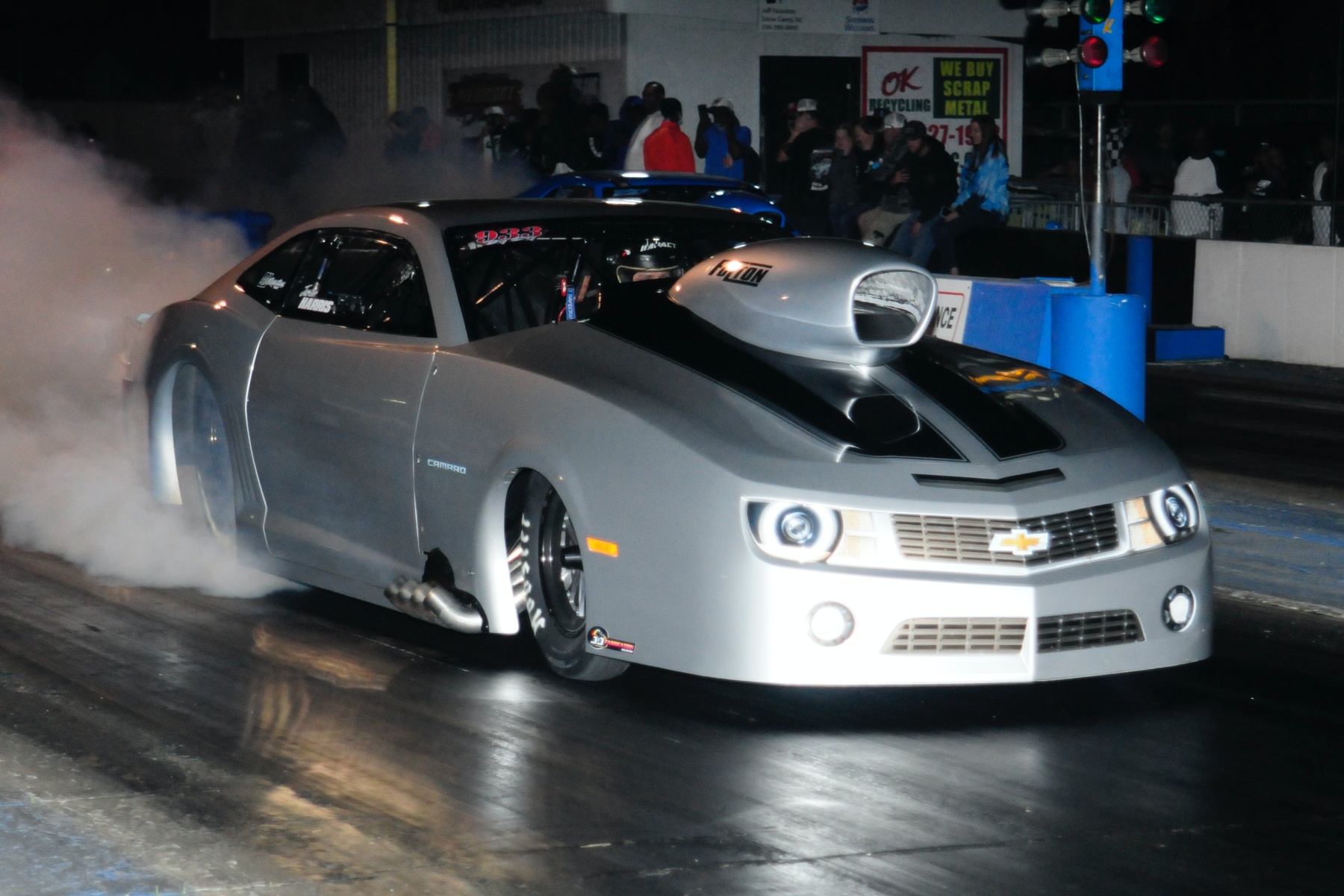 So it was with all this that the first Thursday night became a rainout, thus allowing the track to schedule the first race on a Friday night. Would this work? Good question. A mid-week rule change caused a couple of cars to be left at home and a total of six cars were on the property. Mike Graham’s 481x Chevelle had an unfortunate motor problem and had to return home. Another car developed problems and did not try to qualify.

This unfortunately left four cars to settle the first race of the year. However, to return to the cars that had been setting for a time, enter Michael Dawson, and his dad, Pete, with a 481x Corvette that had been in the works for two-plus years but decided to make its debut on this night. The Corvette was tuned by Charles Terrell, a veteran of the Carolina Extreme Pro Mod days, along with son Austin and Keith Floyd there in an advisory capacity.

Qualifying was a moot point as only four cars meant that if you took a time, you were in. Enter Cam Clark in the H&H Racing Camaro with a 5.3-inch motor, eventually running a 3.81 at 198 mph. Then came Jason Harris, not in the Party Time Camaro, but a 2018 Camaro, originally built by Rick Jones for Matt Giangrande. The car was then acquired by Barry Mitchell. Yes, the Barry Mitchell that owns “Cuda Time,” which was the dominant car of the 2021 season. Not only that, Mitchell also owned a Fulton 5.3-inch motor originally raced by Tommy Mauney. Harris’ car owner is now Jack Gaddy, of Sometime Racing, along with Rock Raynor. Harris ran a 200 mph blast in shakedown runs and surely would meet “Cuda Time” in the event. 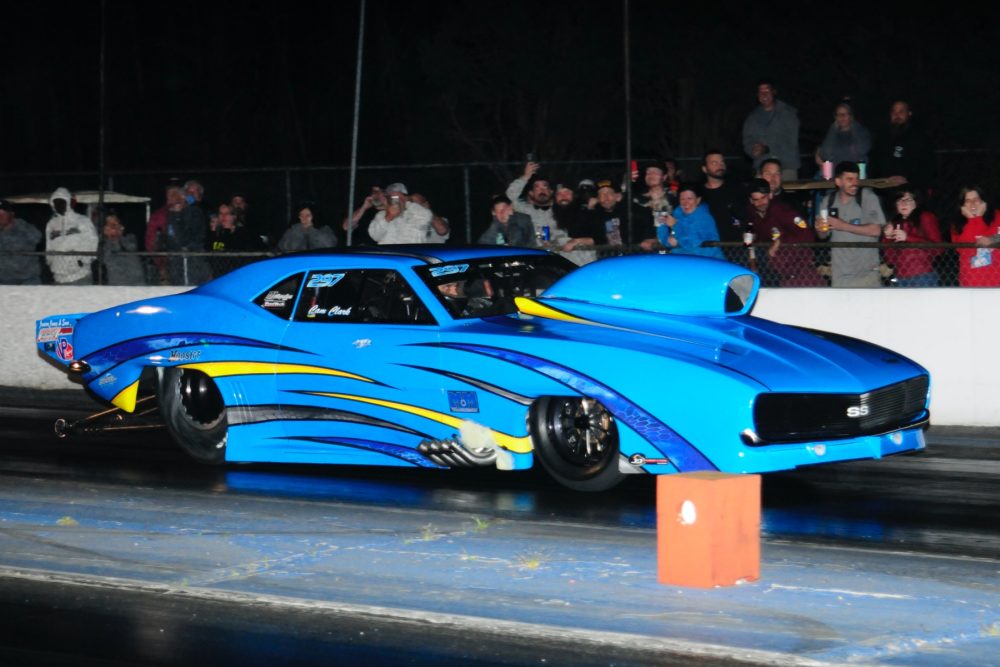 The semis shaped up as follows: Mitchell in the Todd Tutterow-tuned “Cuda Time” would meet first timer Dawkins and Clark would meet longtime friend Harris. The Cuda left first, but overpowered the track and crossed the center line giving the win to Dawkins. The run of the event was next with Clark running a career-best 3.81 at 198 to the track record 3.784 of Harris at 200.81 mph. The final was anticlimactic as both cars experienced problems with Harris only running a 4.30 against Dawkins, whose trans did not shift for the sixth time of the night.
However, later the next week, Wes Buck and Mike Carpenter decided to feature Harris on the Wes Buck Show on the Drag Illustrated YouTube channel. Harris even threw out a challenge to any competitor to come into Piedmont’s next event on May 5th, and if they are victorious, would pay a very cool $1,000 bonus to that individual. Did I mention that Harris’ dad is Bob Harris? You probably already know that.

Thus, the upcoming Big Dog Shootout, at the “DoorSlammer Capital of the World” , Piedmont Dragway should be a barn burner, to say the least. There could even be a visitor from Texas on the scene. We will see and we will hope to see you there.