A year without a Pro Nitrous victory, coupled with a first-round loss at the last race in Darlington, led perennial class favorite Jay Cox to try something different. He called on a group of friends, including chassis builders Rick and Rickie Jones, to help him get out of a rut. With guidance from his friends, Cox and his team made 33 test runs in the month between the Darlington and Virginia races.

The first race out with tuning assistance from consultant Rickie Jones this is what Jay had to say after the final round: “We've got an awesome car in the heat,” Cox said. “From testing to the final round, this RJ race car never missed a beat – I believe we’re the only car that went down under power on every attempt. I didn’t show all we had this weekend because we were behind on engine tuneup stuff, but it’s a fast car. Again, we didn’t abort a run in the heat since Rickie Jones has been helping me. Rickie and I tested together and he’s helped me a lot, along with Jeff Pierce and Billy Stocklin. They all got me somewhat back on track. I just have to take this win and build off of it. I don’t ever claim to be smart, I just work hard. The amount of work we done in the last three weeks testing, to come out here and win for my guys means more to me than anything.” 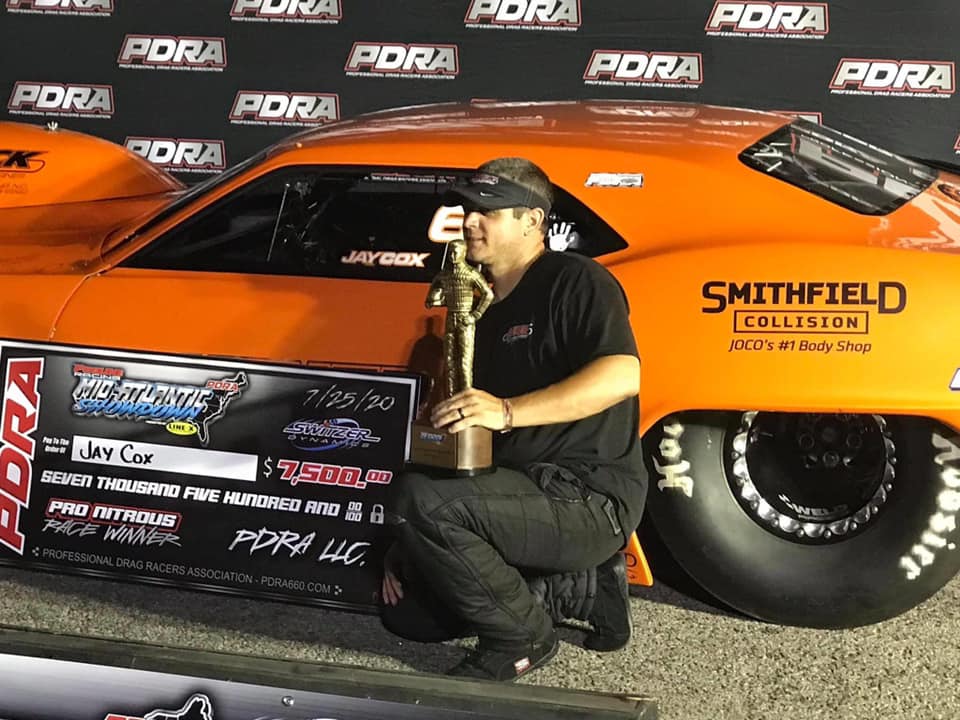 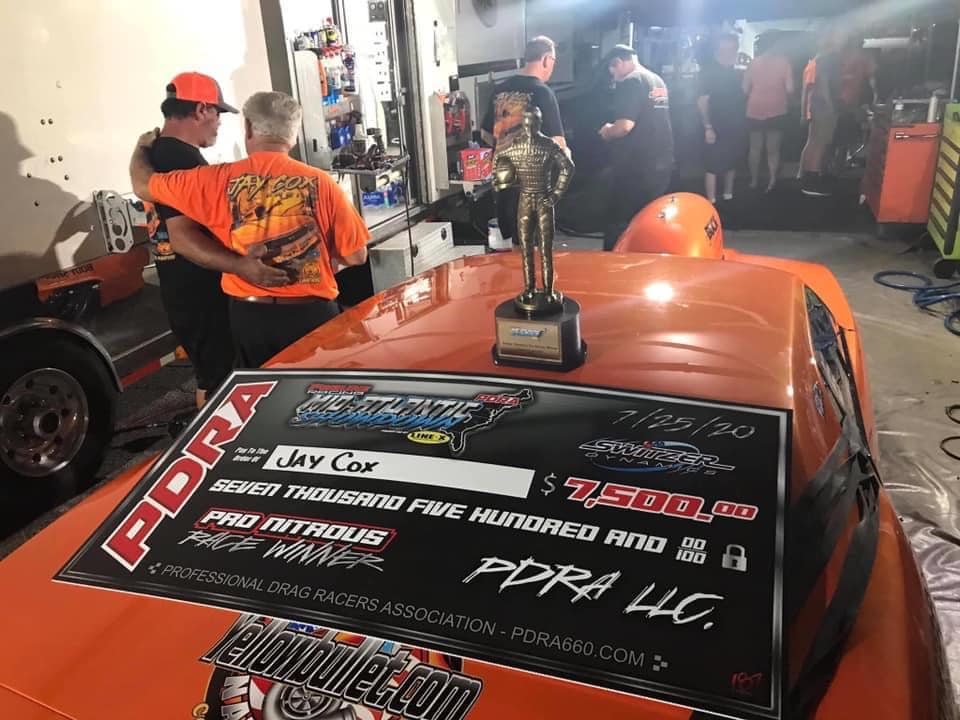 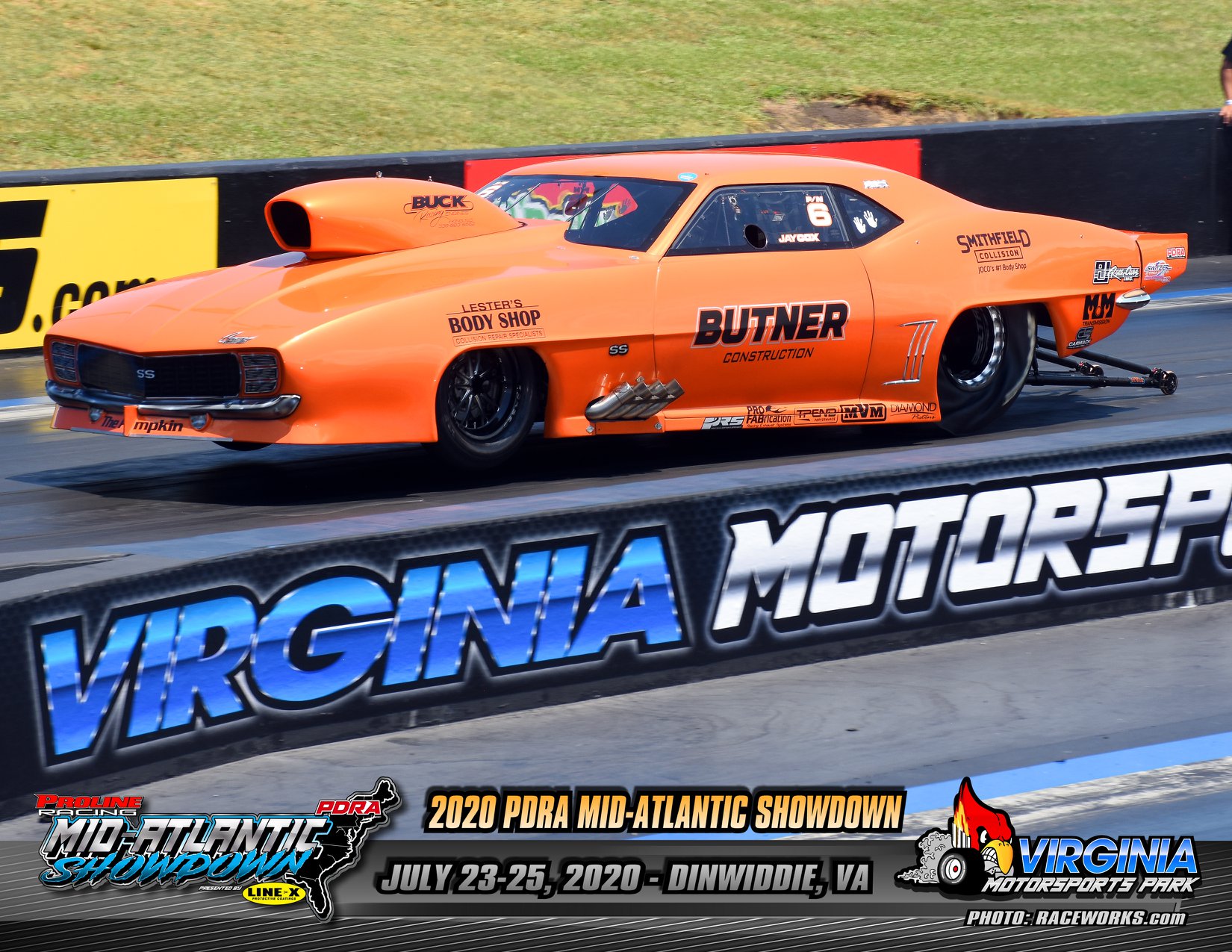