The event, which was presented by Imperial Construction, is the ninth of 11 events during the 2021 E3 Spark Plugs NHRA Pro Mod Drag Racing Series presented by J&A Service season.

Barnett had a huge advantage on the starting line and held off Justin Bond at the finish, going 5.894-seconds at 251.20 mph in his turbocharged EliteHP Camaro in the championship round to clinch his first victory. Barnett had the quicker .040 reaction time, holding off Bond’s quicker run of 5.829 at 244.65. 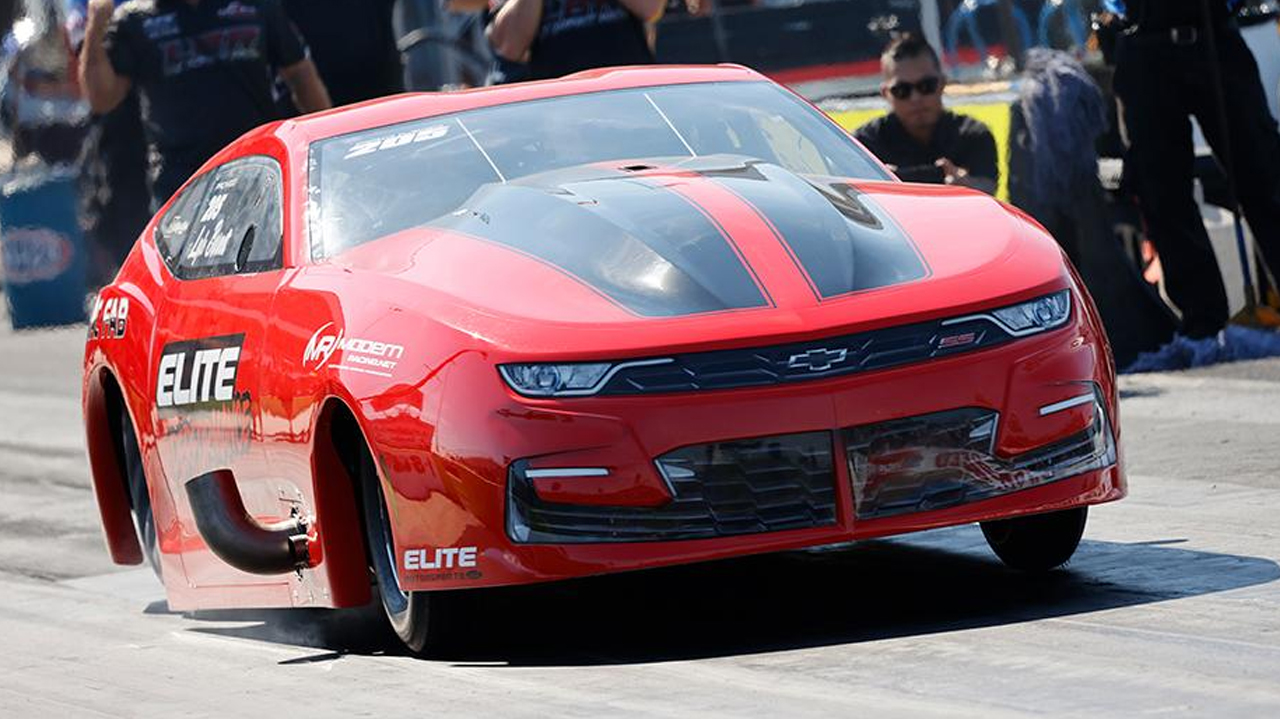 “I never thought I would be here,” Barnett said. “There’s so many good people who got me to this point, including all my sponsors, Richard Freeman and everyone at Elite Motorsports. It’s not very often you start a year out in one car and finish in another. My crew worked really hard in between rounds and we got this thing done.”

After qualifying 12th, Barnett put together an impressive day in eliminations, knocking off Khalid AlBalooshi, Mike Salinas and J.R. Gray to reach his first career final round.

Bond topped Doug Winters, points leader Jose Gonzalez and Chad Green to advance to the final round. With two races remaining in the season, Gonzalez leads Bond by 134 points.